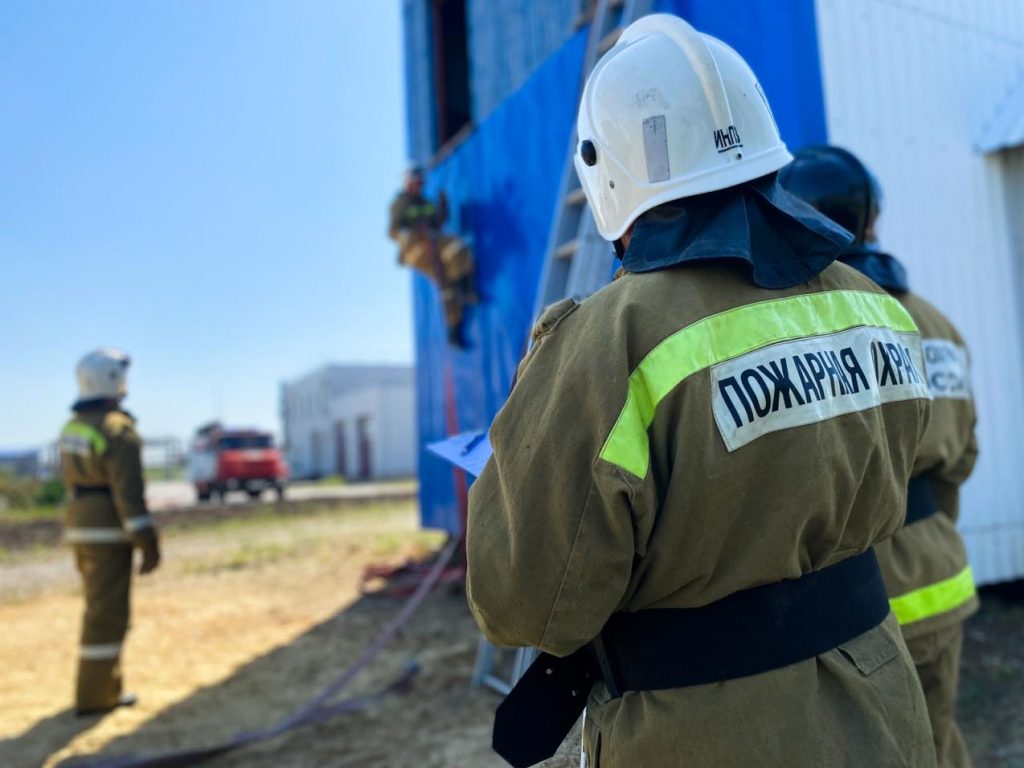 Yegor Pelepey, Deputy Department Head of Production Control and Fire Safety, says: “Methodological classes are conducted by the instructors. Today we are holding a final test where firefighters have to show what they learned during the period”.

Exercises on the training tower were especially spectacular: rescuers had to rise the tool to a certain height, to knit knots, and practice evacuation drills. Special attention was paid to the Advanced First Aid for Fire Fighters program.