Last Friday, on August 12, an unveiling ceremony for a crude oil delivery and acceptance point (CODAP) at Ilsky Refinery was held with participation of high-ranked guests from regional administration, including Kuban Governor Veniamin Kondratyev.

The plant CODAP project is listed among top priority projects approved by the regional administration.

“True gold of Kuban is grain, but Krasnodar Region is also rich in the “black” gold, the oil. Our region was the first in Russia to start oil production. And today we unveil a new page in oil and gas production”, the Governor pointed out in his speech. “Such modern high-tech production facilities are the best vaccination against the crisis and a pledge of future success of our region.”

According to Veniamin Kondratyev, refinery renovation was included in the list of top priority projects of the region. An investment agreement was signed at Sochi Investment Forum in 2015. Currently, almost RUR 2 bn is invested in implementation of the project.

“It is vitally important for investor to make contributions not just to production renovation, refurbishment, but to development of infrastructure, residential buildings, kindergartens, schools, hospitals – in everyday life of people. The administration is ready to support such investors and provide optimum conditions to them,” V. Kondratyev noted.
“Thanks to the agreement executed with administration of Krasnodar Region, we were able to design the CODAP, built and commission it within one year time,” said the President of KNGK Group Alexey Shamara.

Ceremonial production commissioning was performed in the presence of Vice-Governor Sergey Altukhov, head of Seversky District municipality Adam Dzharim, and representatives of Chernomortransneft JSC – General Director Aleksandr Zlenko and General Director Deputy for Logistics Vladimir Revyakin. The ceremony finished with a token launch of the CODAP by pressing a green button, and afterwards the delegation examined the plant territory, AT-5 process unit, utility facilities, operator station and administrative building.

According to the General Director of the refinery, Andrey Tagirov, the new CODAP would allow for connection of East and West Siberian fields with stock tanks of Ilsky Refinery, significant increase in the refinery throughput, while up-to-date automation installed at the CODAP would increase oil quality and quantity metering level. 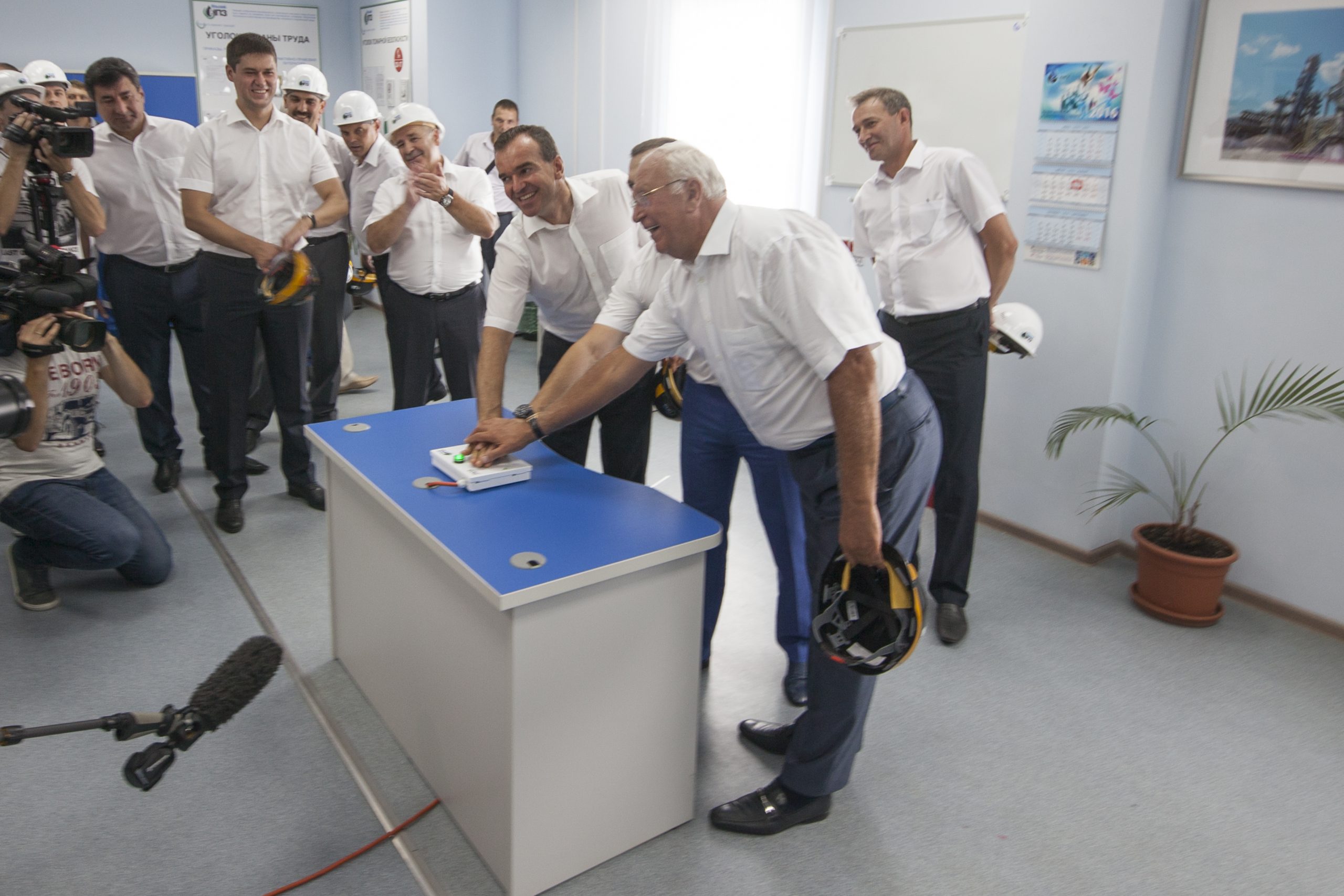 The project is implemented within a program of initial capacity extension at Ilsky Refinery and connection of the refinery to the pipeline system of Chernomortransneft JSC. The CODAP is a terminal point of a 4.3 km long tapping oil pipeline from Krymsk-Krasnodar main pipeline, and ensures sweet oil feed to Ilsky Refinery at the rate of 1.5 mln tons per year.

In its turn, Chernomortransneft JSC completed all construction and installation works at the tapping oil pipeline, and the facility underwent all required diagnostics upon completion.
The CODAP will be operated with minimized generation of production waste and specific emissions.

Vice-President for regional projects of KNGK Group, Marat Basyrov:
“Today, we’ve commissioned a crude oil delivery and acceptance point. It is a link of Ilsky Refinery to the main pipeline system of Transneft, PJSC. The CODAP would allow for delivery of oil over the pipelines for further processing at Ilsky Refinery.”

It is a first stage implemented in one year time span within an extended program of Ilsky Refinery. This stage provides for capacity extension up to six million tons of crude oil for the whole Ilsky Refinery, implementation of motor gasoline production programs, and advanced refining facility in the first and second stages.

Ilsky Refinery is the main partner of KNGK Group investment and engineering company in the sphere of oil refining. The plant receives and processes raw hydrocarbon materials, stores and ships oil products. Currently, five initial oil refining aggregates with a total capacity of ca. 3 mln tons of raw materials per year are operated at the plant.