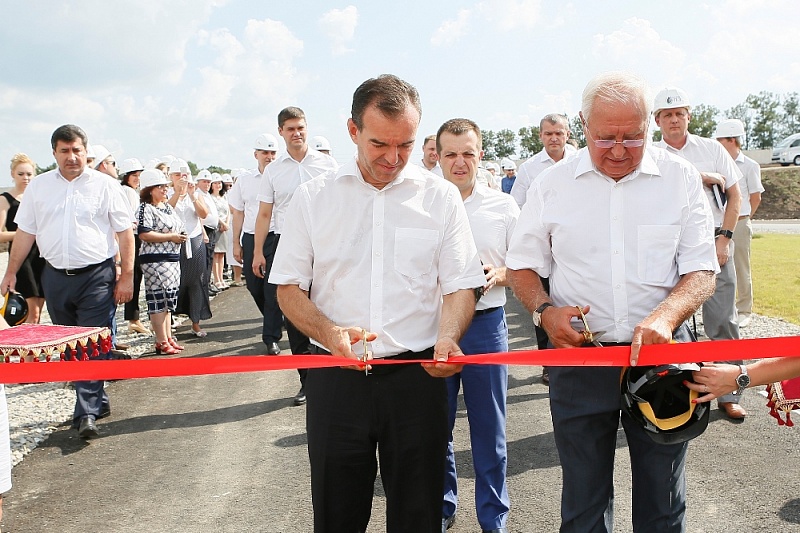 Upgrade of Ilsky Refinery is listed among top-priority projects approved by the regional administration and enjoys a three-year preference for property tax.

“True gold of Kuban is grain, but Krasnodar Region is also rich in the “black” gold, the oil. Our region was the first in Russia to start oil production. And today we unveil a new page in oil and gas production”, the head of the region pointed out. “Such modern high-tech production facilities are the best vaccination against the crisis and a pledge of future success of our region.”
According to the head of the region, the plant owners have already invested RUR 1.8 bn in economy of the region.

“It is vitally important for investor to make contributions not just to production renovation, refurbishment, but to development of infrastructure, residential buildings, kindergartens, schools, hospitals – in everyday life of people. The administration is ready to support such investors and provide optimum conditions to them,” the Governor noted.

The new crude oil delivery and acceptance point (CODAP) would connect fields of East and West Siberia with stock tanks of Ilsky Refinery. The CODAP is a terminal point of a 4.3 km long tapping oil pipeline from Krymsk-Krasnodar main pipeline, and ensures sweet oil feed to Ilsky Refinery at the rate of 1.5 mln tons per year. The CODAP will be operated with minimized generation of production waste and specific emissions polluting environment.

Ilsky Refinery is the main partner of KNGK Group investment and engineering holding in the sphere of oil refining. The plant processes raw hydrocarbon materials, receives, stores and ships oil products at its own tank farm, and transports oil products. Currently, five oil refining lines operate at the Refinery. Processing capacity is over 2.8 mln tons annually.