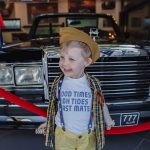 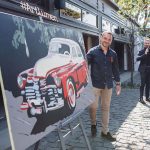 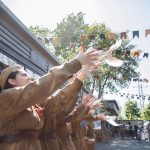 Employees of KNGK-INPZ and their families became first visitors of the retro cars museum, supported by A.I. Shamara Association of cultural heritage, which was opened on the Great Victory Day. Its collection is up to more than 40 car models produced in the Soviet Union: from high-end ZIS and ZIM passenger cars to a traditional Moskvich and military vehicles.

Songs and poems of the Great War period accompanied the ribbon-cutting ceremony. Children were welcome to taste soldierly porridge and participate in workshops.
“It is of high value to know the history of the country you were born. Through succession, we pay our tribute to the senior generation. And the museum is a tribute of our family to cultural heritage of Russia.”, – says Yury Shamara, the Association President.

This meaningful collection glorifying the power of Soviet engineering advances bears a name of Alexey Ivanovich Shamara, whose boyhood fell upon the wartime. Right after the war, he saw service in China where he continued to work for his country. From 1958 up to 1990, Alexey Ivanovich was working as a driver in different transport columns. Cars had always been his main devotion.